Britney Spears has reportedly fired the security team who were present when her ex-husband Jason Alexander entered her home and attempted to crash her wedding to Sam Asghari.

The pop star, 40, has now replaced her former security guards with a brand new team, insiders close to the songstress have told TMZ.

Britney, who tied the knot with Sam last Thursday, allegedly fired her security team swiftly after the catastrophe. 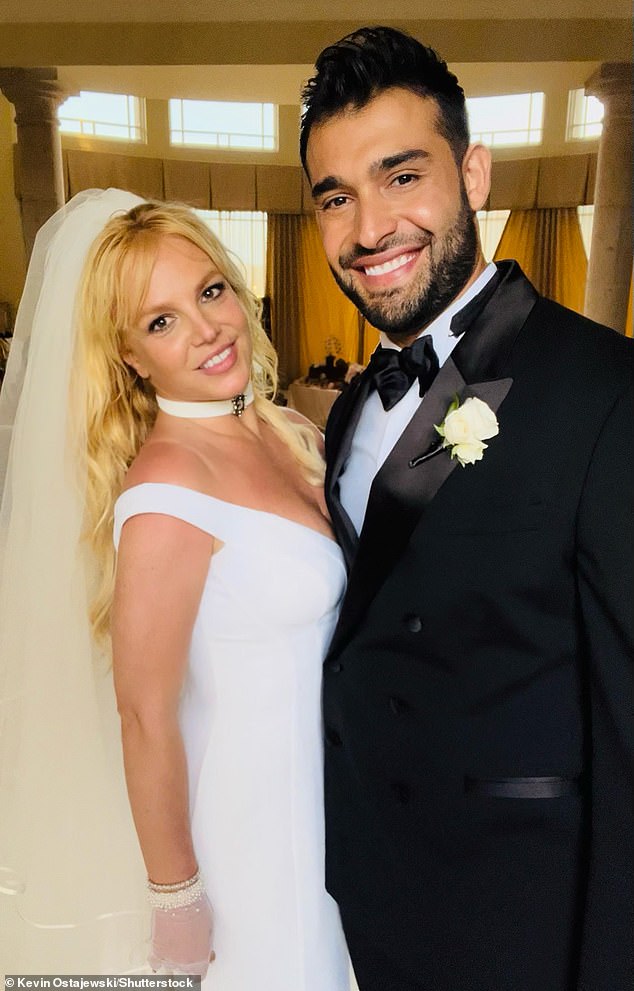 Jason pleaded not guilty to four charges when he was arraigned at a court in Ventura, California on Monday, accused of trying to gatecrash the pop idol’s wedding last week while armed with a knife.

Dressed in blue prison overalls over an orange undershirt, Alexander, 40 – who has been in jail since his arrest June 9 – denied one count of felony stalking, one of battery, one of vandalism and one of trespassing and refusing to leave Spears’ $ 7.4 million Thousand Oaks estate where she married longtime fiance Sam Asghari that day.

Despite his intrusion, the wedding went off without a hitch. But the following day, June 10, the newlyweds were granted a temporary restraining order against Alexander, forcing him to stay at least 100 yards away from them or their home.

The judge told Alexander – who appeared in court via video hookup from the local jail – that if he managed to raise the $ 100,000 bail, because of the felony stalking charge, he would not be allowed ‘to contact, annoy, harass,’ Britney and her new husband, and not to come within 100 yards of them for three years.

Spears married Alexander, her childhood friend, in Las Vegas in January 2004. The marriage was annulled 55 hours later with Spears’ lawyers claiming the singer ‘lacked understanding of her action.’

She met Asghari in 2016 on the set of the video for her song “Slumber Party.” 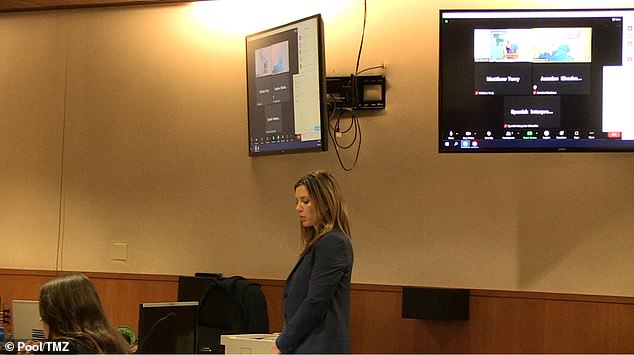 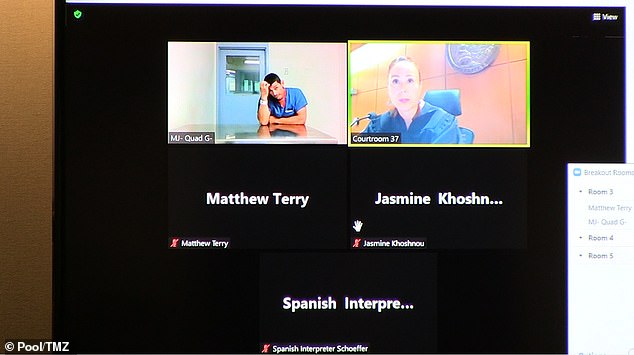 Judge Voelker also told him that if he made a bail, he would not be allowed to buy or possess any firearms or other dangerous weapons and any he already has would have to be turned in.

Asked by Alexander if he agreed to those bail terms, – whose not guilty pleas were entered by public defender Matthew Terry – said ‘yes.’

Alexander has an outstanding 2016 arrest warrant in Napa County, Northern California accusing him of stealing a $ 2,000 sapphire and diamond tennis bracelet from a woman who was renting him a room, and later pawning it for $ 180. 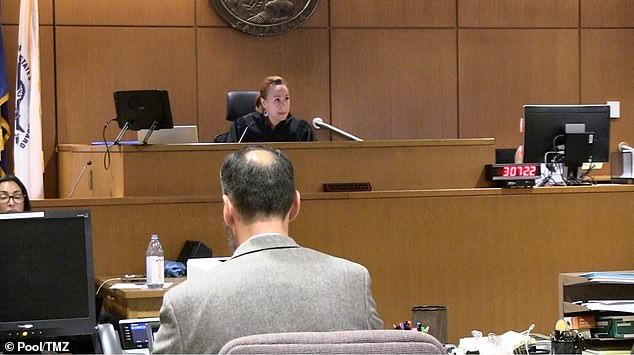 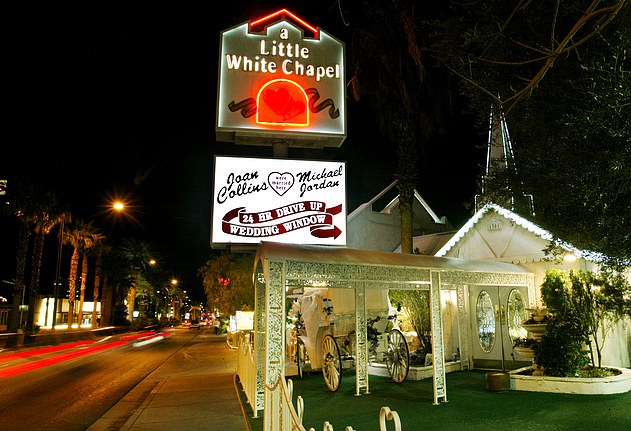 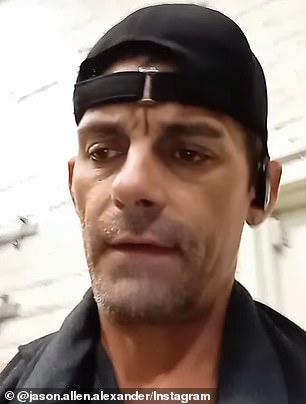 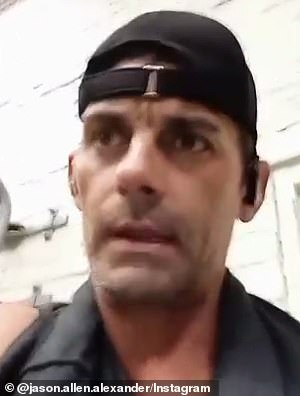 According to the order, Alexander, 40, who livestreamed (pictured) his attempts to crash the wedding, was ‘armed with a knife’ when he trespassed on the singer’s $ 7million California property 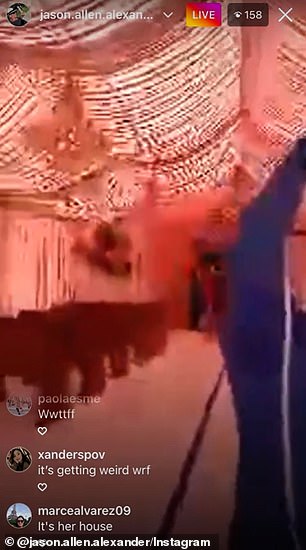 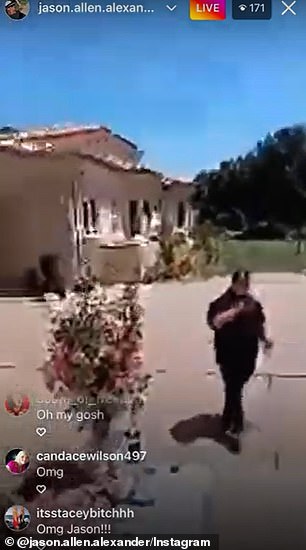 At one stage, Alexander entered the wedding tent that had been erected for the Spears’s nuptials (left) but security personnel were never far behind (right)

The warrant charges include grand theft and buying or receiving stolen property.

As for Monday’s charges arising from him trying to crash Britney’s wedding, according to Ventura County Sheriff’s deputies, just a few hours before the fairytale ceremony Alexander scaled a fence and climbed down a rocky slope to get on to the blonde singer’s 20-acre property inside an exclusive gated community.

Deputies say he then entered the wedding tent where 40 year-old Spears’ nuptials were soon to be held, shouting: ‘She’s my first wife, she’s my only wife.’

After allegedly fighting with Britney’s security guards, he was wrestled to the ground and later arrested on suspicion of misdemeanor battery, vandalism and trespassing. The felony stalking charge was only added Monday.

One of the security guards involved in the incident was also granted a restraining order against Alexander.

In their request for a restraining order Spears and Asghari, 28, alleged that Alexander was carrying a knife when he was arrested.

‘Personally I am outraged by what happened. Now, quite rightly, (Alexander) is charged with felony stalking and he’s being held under $ 100,00 bail as a result. ‘