Tory MP Andrea Jenkyns has defended sticking her middle finger up at a ‘baying mob’ of anti-Boris Johnson protesters, saying: ‘I had reached the end of my tether’.

The Tory MP and newly appointed junior education minister, who made the gesture as she entered Downing Street on Thursday afternoon, prior to getting the job, has admitted she ‘should have shown more composure’ after lashing out at the ‘Bye Boris’ protesters.

She said she was standing up for herself after being subjected to ‘huge amounts of abuse’ over the years, including two death threats in recent weeks.

Tories today hit out at the minister after she was filmed making the rude gesture while entering Downing Street. ‘I should have shown more composure but I am only human,’ Ms Jenkyns added.

Commons Leader Mark Spencer has said it is up to Ms Jenkyns to ‘justify’ her actions, while former science minister George Freeman slammed her conduct as ‘appalling’.

Mr Spencer, a former chief whip, added that he does not believe the gesture was ‘the right thing to do at all’.

However, her taunt was largely drowned out by a sea of ​​boos and the Benny Hill theme tune, which had been ringing out from the speaker of the notorious anti-Brexit protester Steve Bray, 53, for most of the day.

Mr Bray had earlier interrupted a live TV broadcast with the song, and was once again heard blaring out ‘Bye Bye Boris’, his modified rendition of the Bay City Rollers classic, ‘Bye Bye Baby’.

Asked if Ms Jenkyns’ gesture was acceptable, Mr Spencer told BBC Breakfast: ‘No, I don’t think it is, to be honest. I don’t seek to condone that at all.

I mean, Andrea will have to… justify that for herself. But I do understand emotions were running pretty high and they were pretty raw on that day. But I don’t think that was the right thing to do at all.’

Pressed on whether she should retain her ministerial role, he said: ‘That’s not my decision.’

Mr Freeman, who resigned from his role this week, said on Twitter: ‘Ministers should set the highest standards in office. I’m sorry but this is appalling conduct for a Minister of the Crown.

‘This is exactly why we need a new Prime Minister: to restore the Ministerial code & respect for the responsibilities of serving in public office.’

Ms. Jenkyns was appointed to the role of parliamentary under-secretary of state at the Department for Education on Friday in a reshuffle by Prime Minister Boris Johnson.

The footage, shared on social media on Thursday evening, appears to have been filmed shortly before Mr. Johnson announced that he was stepping down as leader of the Conservative Party.

It is unclear who the gesture was aimed at. 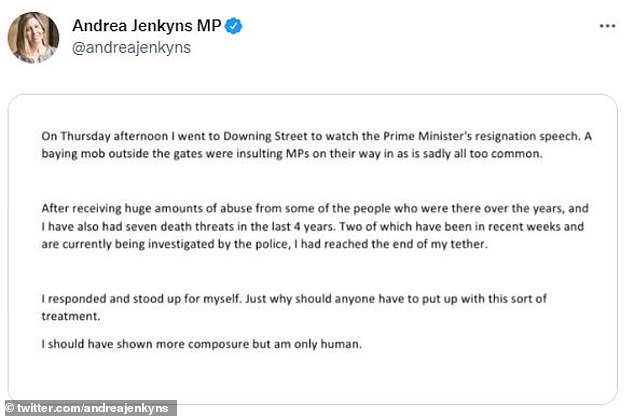 In her statement shared on Twitter, Ms Jenkyns said: ‘On Thursday afternoon I went to Downing Street to watch the Prime Minister’s resignation speech.

A baying mob outside the gates were insulting MPs on their way in, as is sadly all too common.

‘After receiving huge amounts of abuse from some of the people who were there over the years, and I have also had seven death threats in the last four years.

‘Two of which have been in recent weeks and are currently being investigated by the police, I had reached the end of my tether.

I answered and stood up for myself.

‘Just why should anyone have to put up with this kind of treatment.

‘I should have shown more composure but I am only human.’ 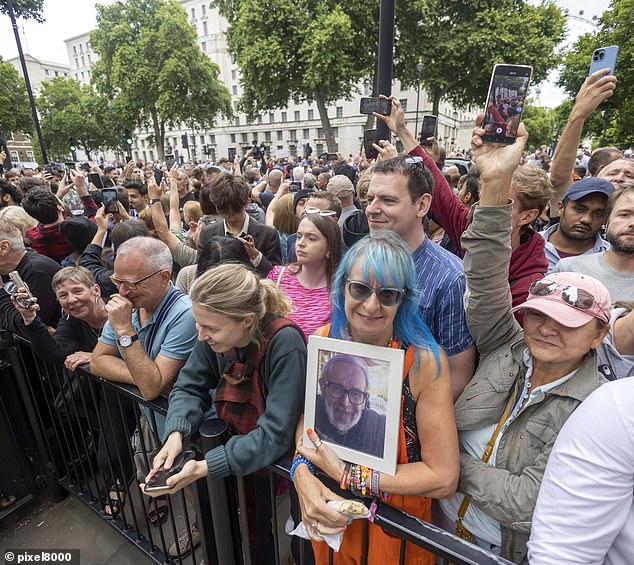 The Tory MP for Morley and Outwood, made the sign with her hand as she walked through the black gates yesterday afternoon, prior to being named education minister 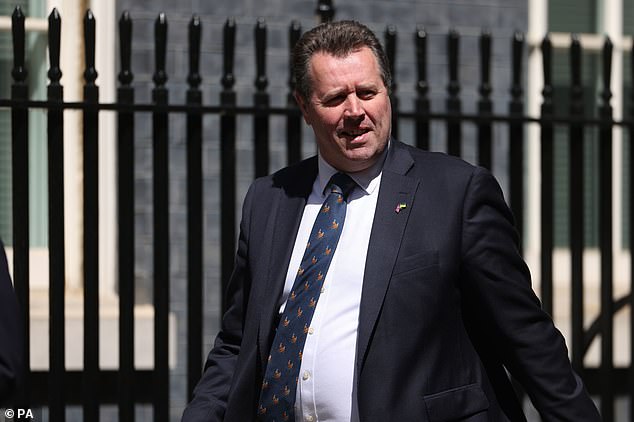 In response to the video, shadow education secretary Bridget Phillipson tweeted: ‘Ministers aren’t expected to be perfect. But is it really too much to ask that they don’t treat the public like this?’

Ms. Jenkyns was appointed to the role of parliamentary under-secretary of state at the Department for Education on Friday in a reshuffle by outgoing Prime Minister Boris Johnson.

The education minister was one of the MPs to show support for Mr. Johnson outside No. 10 on Thursday as he announced his resignation. 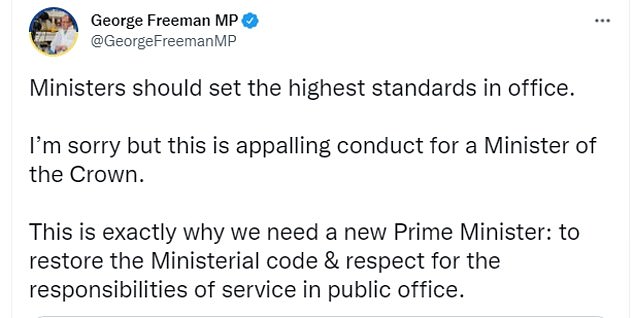 The footage, shared on social media on Thursday evening, appears to have been filmed shortly before Mr. Johnson announced that he was stepping down as leader of the Conservative Party.

The Department for Education has been contacted for comment.

A timetable for the Conservative Party leadership contest is expected to be drawn up next week after the election to the executive of the backbench 1922 Committee.

The protesters outside Downing Street appeared to be largely opposed to Mr. Johnson.

One of the demonstrators waiting outside Downing Street was holding a placard reading: ‘Get your Johnson out of our democracy’.