Whatever the outcome of the Conservative leadership shenanigans there is no escaping that it is going to be hard for the Government to escape blame for the surge in the cost of living.

The Chancellor’s energy bill bailout, worth £ 1,200 to vulnerable households, ought to go a long way to easing the pain, even if it has so failed to kill off contentious reports of nurses having to visit food banks after their night shifts.

Responsibility for combating inflation has rested with the Bank of England since 1997. But that doesn’t exonerate Boris Johnson’s government of culpability for the 9 per cent leap in the consumer price index in the 12 months to April. 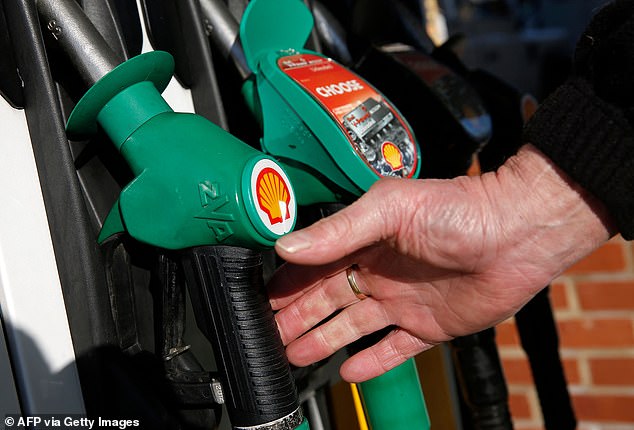 Inflation pain: Anyone buying petrol, air fares, pasta, timber or an imperial pint of beer will know prices have rocketed

Bank of England Governor Andrew Bailey argued in letters to the Chancellor last year and elsewhere that the price surge was transitory.

Rishi Sunak could have challenged the judgment and requested urgent action to bring it into line. He could also have advised against further quantitative easing or printing of money.

The Treasury was only too happy for the Bank to be buying large volumes of gilts to soak up Covid-19 borrowings.

The main explanation offered for the global rise in prices is that the pandemic and Russia’s war on Ukraine caused supply bottlenecks.

As demand for raw materials and goods rebounded across the world, it outstripped supplies. Clogged-up logistics systems and overloaded demand for shipping and freight sent transport costs into the stratosphere.

Anyone buying petrol, air fares, pasta, timber or an imperial pint of beer will know prices have rocketed. The sharp rise in costs to citizens leaves a lingering suspicion that inflation is providing an excuse for some firms to engage in ‘greedflation’.

In normal market conditions companies are dissuaded from raising prices because of competition fears. When there is a shortage of vital components, such as semi-conductors, it offers the makers a chance to play catch-up on prices which could not be passed through in normal times.

It is a great opening for British Airways, car makers, builders or for that matter anyone else to recover lost pricing power.

This is a problem for private equity-controlled Morrisons and Asda, which may have hoped for more pricing power. Big, fast-moving consumer goods groups such as Unilever feel they have no choice but to pass costs through and maintain margins rather than upset restless investors.

The best protection for consumers against greedflation is tough competition regulation. The more players in the field, the less pricing power and opportunities.

Canada is among those waking up to the fact that allowing telecoms and banking mergers to go ahead unchecked has cost consumers dearly. The authorities belatedly are beefing up antitrust rules.

That’s why the UK’s Competition & Markets Authority can’t let down its guard and must make sure complaints about price gouging are probed fully.

Ownership of the London Metal Exchange (LME) is turning into a nightmare for the Hong Kong Stock Exchange.

In April the International Monetary Fund challenged the LME’s decision to suspend nickel trading after a 250 per cent surge in price.

It noted that while the suspension may have provided relief to short traders, some of which may have had Hong Kong connections, it was damaging to banks, hedge funds and other investors standing to benefit from price increases.

Among those allegedly harmed was activist investor Elliott Management which is suing for recovery of £ 363million.

As the Argentine government could testify, when it comes to writing wrongs by legal means Paul Singer of Elliott takes no prisoners.

Just days into her job and former TSB boss Debbie Crosbie demonstrates she understands that running Britain’s biggest mutual, Nationwide, brings with it responsibility to customers and community.

Her first significant act was to extend Nationwide’s pledge to protect branches in cities and towns until the end of 2024.

Chief executive Crosbie’s action contrasts with other high street lenders which endlessly hack away at branches and convenience to clients.

HSBC has just cut the opening times at 122 branches. Whatever happened to looking after customers?