Alan Cumming’s missing chimpanzee friend Tonka has been found alive after his owner admitted to faking his death to avoid turning him over to an ape sanctuary.

Tonka was last seen in a cage, which animal welfare charity PETA claimed was ‘filthy,’ in a controversial breeding facility in Missouri called Missouri Primate Foundation – but was unable to be located after it closed.

The ape – who starred alongside 57-year-old Alan in 1997 film Buddy, was said to have died last May from heart failure after a stroke – his owner Tonia Haddix claimed – with a declaration and court documents submitted to a Missouri judge stating Tonka’s body was burned in a fire pit.

But, in a bizarre twist, on Thursday Tonka was found in Haddix’s Missouri home with Rolling Stone stating the chimp had ‘access to a 60-inch TV and a tablet device’ and recently attended a St Patrick’s Day party. 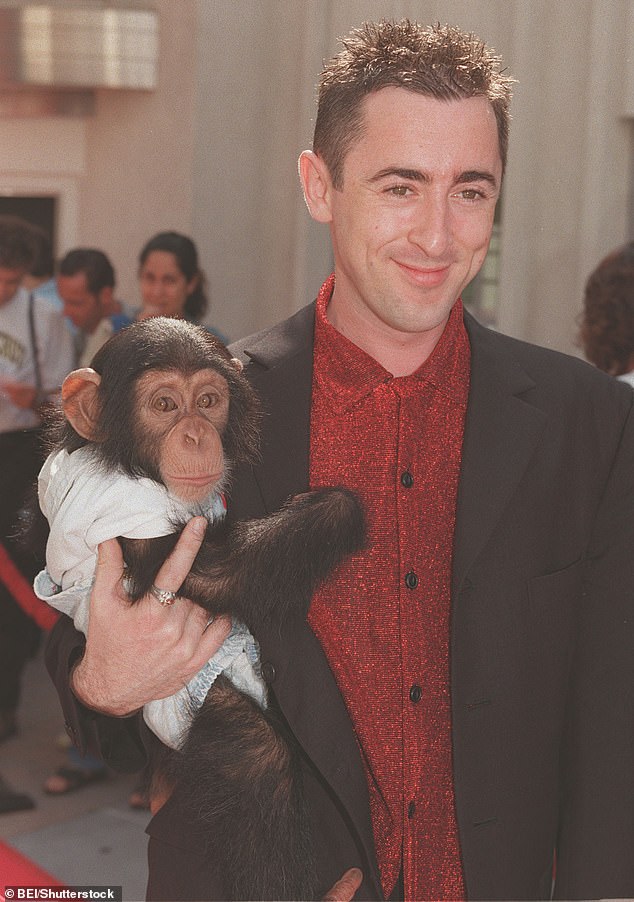 Say what? Alan Cumming’s missing chimpanzee friend Tonka has been found alive after his owner admitted to faking his death to avoid turning him over to an ape sanctuary (pictured in 1997 at the Buddy premiere)

When asked if she had lied, Haddix told the publication: “Oh absolutely, 100 percent’ and said she had faked Tonka’s death to avoid sending him to the Center for Great Apes sanctuary in Wauchula, Florida – despite a judge ordering this.

PETA also claims that Haddix had booked for Tonka to be euthanised on June 2 – although she denies this and says it was merely a standard check-up.

PETA says Haddix’s story unfolded when they received a recording of a phone call where she ‘confessed that [Tonka] was still alive but would be euthanized on June 2. ‘ 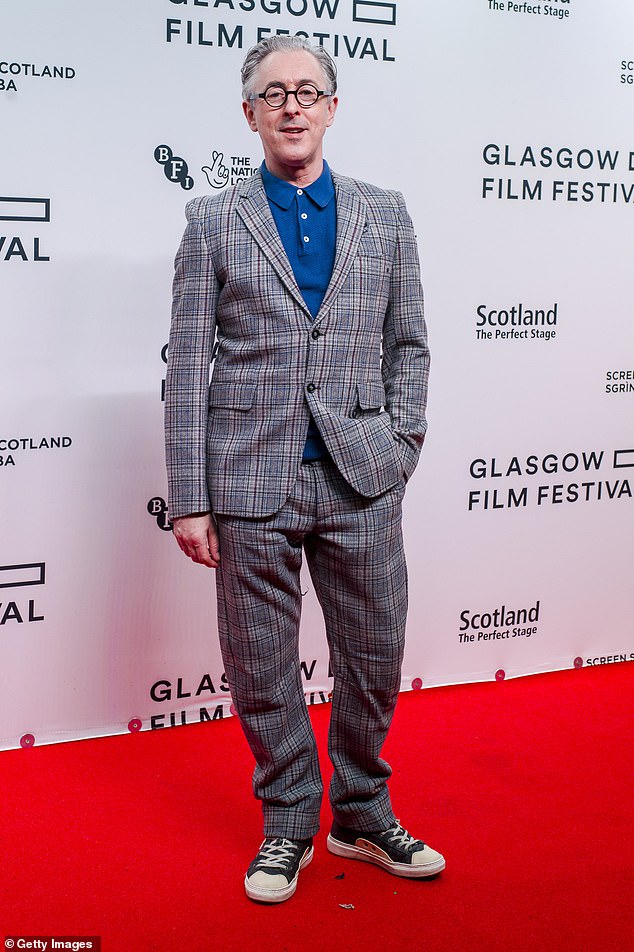 He wants to help: In April, Hollywood star Alan had offered a $ 10,000 reward for anyone who could locate the missing chimpanzee

Her home was searched by authorities as s part of an emergency court order obtained by PETA – who she has been battling in court since 2018.

In April, Hollywood star Alan had offered a $ 10,000 reward for anyone who could locate the missing chimpanzee. PETA shared it would add another $ 10,000 to that number bringing the reward to $ 20,000.

‘Do I care? No, I don’t care. It’s because it’s about that kid. As long as the kid is safe, I don’t care about anything out there. ”

They are bringing in an independent veterinarian to assess whether Tonka is fit to be transported to the sanctuary – but Haddix says she believes he won’t survive the journey and will die as a result of losing human contact. 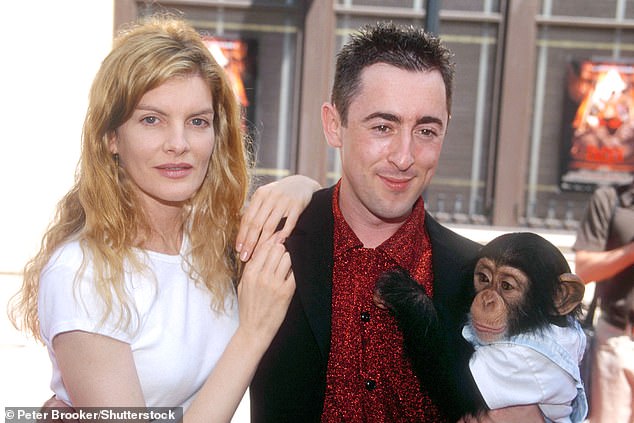 Wow: On Thursday Tonka was found in a Missouri home with Rolling Stone stating the chimp had ‘access to a 60-inch TV and a tablet device’ and recently attended a St Patrick’s Day party (pictured 1997)

“Tonka just can’t tolerate that,” she explains. “If anybody knows Tonka, Tonka is not a normal chimpanzee. He is a people chimpanzee because he was raised for the movie sets and he could care less about other chimpanzees. He doesn’t act like another chimpanzee, he loves people. ”

PETA’s attorney Jared Goodman said in a statement: ‘After months of searching, Tonka has finally been found and help is on the way.

‘He has endured nearly a year of isolation and likely needs urgent care, but if all goes well, PETA will soon arrange for him to be moved to a lush sanctuary where he’ll have a chance for a real life at last.’

Haddix also described Tonka as her best friend and said she will die if he is taken away from her.

Back when Tonka’s disappearance was reported, Alan spoke out about the animal star in a statement shared this week.

He added, ‘It’s horrible to think he might in a cage in a dark basement somewhere or have met some other fate, so I’m appealing to whoever knows what has become of him to please come forward claim the reward.’

At the film premiere in Los Angeles in 1997, he was seen beaming as he held onto Tonka, who was young at the time.

The Missouri Primate Foundation was where chimps were bred then sold to private owners; it is also where animals would be rented out for movies and parties.

PETA had sued the Missouri Primate Foundation over the chimpanzee’s living conditions. The organization said the enclosures were also ‘barren.’

PETA was then allowed to take Tonka and six other chimpanzees to a sanctuary.

But when PETA arrived to move Tonka in July 2021 the animal could not be found. 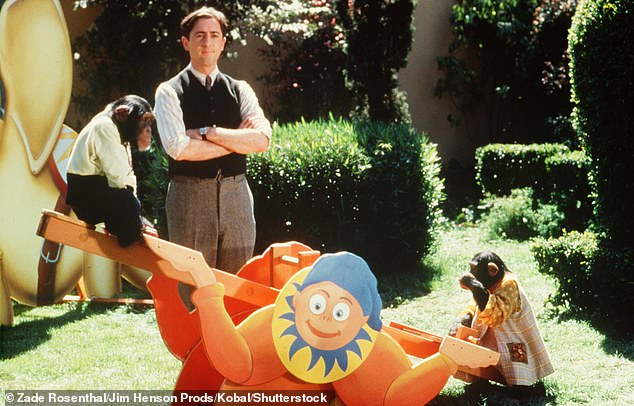 She then meets the sicky young gorilla Buddy and raises him as her own child, dressing him in up and training him.

But as Buddy grows older and larger, Trudy is unable to restrain him from turning increasingly violent, according to the film’s synopsis.

The story is loosely based on a real life socialite from the 1920s who raised animals in her mansion.

She wanted to protest ‘inhumane zoo conditions,’ according to the Tampa Bay Times. 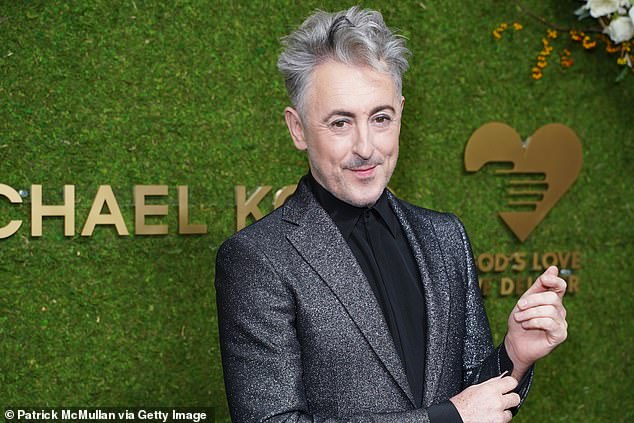 He is understandably worried: Tonka was last seen in a cage, which PETA claimed was ‘filthy,’ in a breeding facility in Missouri where chimps were bred then sold to private owners or rented out the animals for movies and parties; seen in 2021