This story contains independent illustrations made by CarScoops’ artist Josh Byrnes based on Honda’s recent teasers of the upcoming Prologue electric SUV. The renderings are neither related to nor endorsed by Honda.

It may seem like they’re late to the party, but Honda is finally going all-in on battery electric vehicles, kicking off with an upcoming SUV called Prologue. Sure, there have been other attempts at partial electrification with the Insight hybrid and the hydrogen fuel cell-powered Clarity, but neither has been a sales success – and the all-electric Honda e isn’t available in the States.

Read: Everything We Know About The 2024 Hyundai Ioniq 7 Electric SUV From Looks To Power

So what do we know about the Prologue so far? The Japanese firm has already dropped a preview sketch depicting a GM Ultium-based crossover. As for everything else? Well, let’s explore further.

Going by the Honda’s preview illustration, the Prologue looks like a good-looking bit of kit – but that’s always the way with conceptual drawings and their slick proportions. The production-intent version will likely lose the hot-rod daylight opening area (DLO) for a practical, family-friendly aesthetic.

Other than that, much of the teaser sketch’s styling will remain intact. The front features a gloss black panel flanked by a pair of slim matrix LED headlamps, and a trapezoidal lower grille (for battery cooling) adds a degree of visual aggression.

Beyond the chiselled hood and rakish windshield, a strong shoulder line enhances the refreshingly clutter-free aesthetic. Out back, the tailgate gets framed by a pair of LED taillamps that neatly cascade downwards before flaring out horizontally.

Whilst Honda has yet to offer any interior details, it’ll exude the automaker’s distinct strengths in build quality and cabin flexibility (hopefully, Honda’s clever magic seats make an appearance). Expect impressive levels of occupant space as a by-product of the GM-supplied Ultium electric architecture and battery technology.

The Prologue will sport the latest in driver convenience and infotainment tech, albeit much of which will be re-branded GM content with Honda adding some of its own features too. Other goodies will include a fully digital instrument cluster, connected services, over the air updates, wireless charging, and wireless Apple CarPlay and Android Auto.

The crossover is underpinned by General Motor’s scalable Ultium battery-electric architecture as part of a strategic alliance between the two automakers. Different versions of the platform already serve duty under the Chevrolet Silverado EV, GMC Hummer EV and Cadillac’s Lyriq. While Honda has not gone into details, the Prologue is believed to be a mid-sized crossover similar to the 2023 Cadillac Lyriq with which it may share its BEV3 platform, though this has not been specifically confirmed.

Using the Lyriq as an example, we could expect the Prologue to feature a lithium-ion cell 100-kWh battery with a driving range of well over 300 miles (483 Km). Traction should potentially come in two flavors, a base single motor rear-wheel-drive model and a more powerful dual-motor setup for the all-wheel drive version, but won’t share the same levels of performance with the higher-end Lyriq that’s available in 340 hp and over 490 hp variants.

DC fast-charging up to a rate of 190 kW would enable drivers to roughly add 76 miles of range for every 10 minutes of charging time.

The Prologue will compete directly or indirectly (mainly depending on price and size) against a growing number of electric SUVs, from future mid-size offerings such as the Hyundai Ioniq 7 and Kia EV9 to the current crop of crossovers like the Nissan Ariya, Hyundai Ioniq 5, Kia EV6, Ford Mustang Mach-E and Genesis GV60.

See: This Is What The Production 2024 Kia ​​EV9 Electric SUV Should Look Like

It’s very likely that we’ll see a concept model, or what Honda likes to call a prototype, within the next year, with the final production model to follow shortly after with sales kicking off in early 2024. Honda expects to sell around 60,000 units the first year and increase that number to at least 70,000 in 2025. The Prologue will be built at one of GM’s plants in Michigan and will spawn a more luxurious Acura version possibly named ADX later on.

What do you think of Honda’s upcoming EV SUV? Share your views in the comments below. 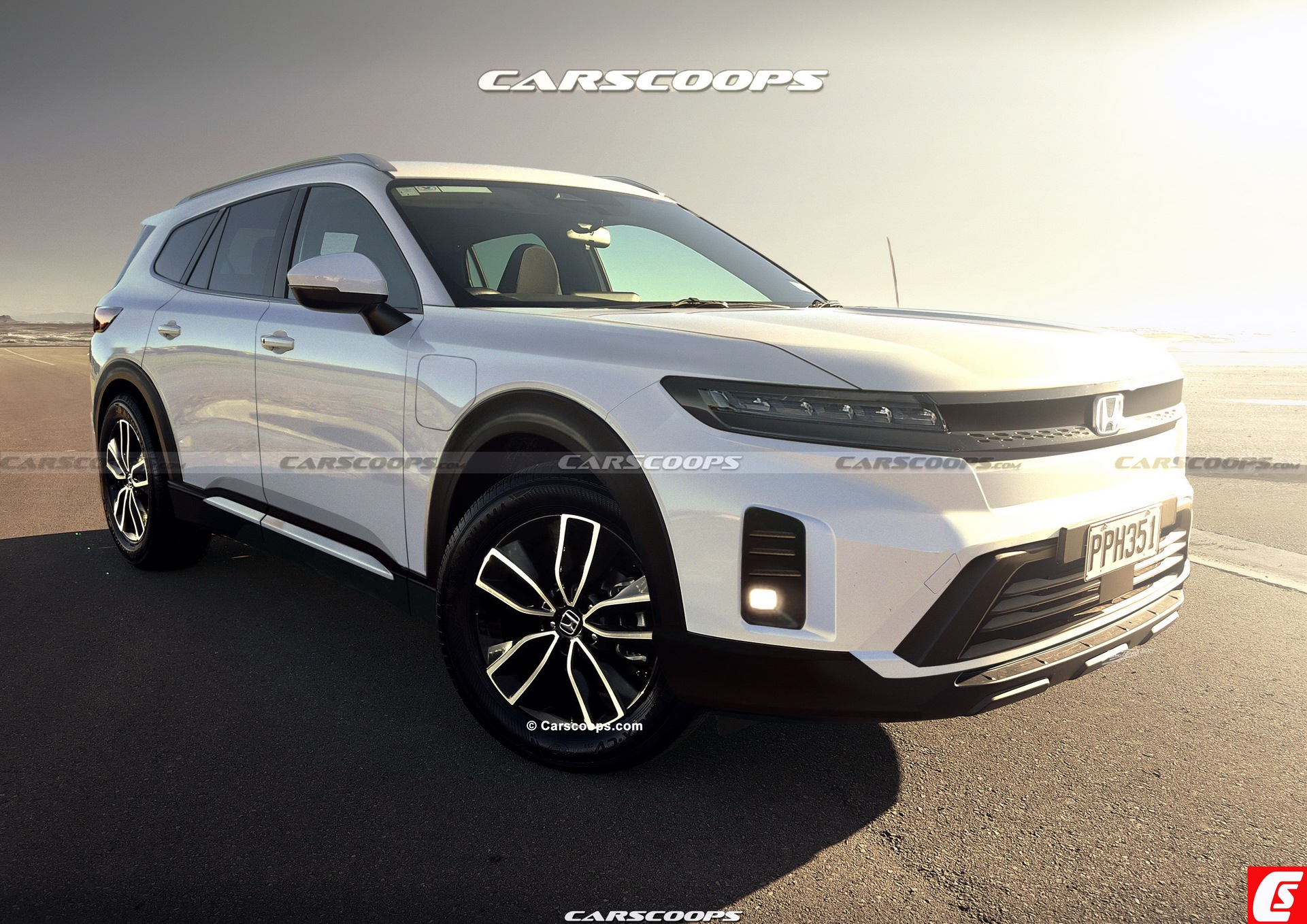