Okay, so although the new Star Wars hotel at Disney World, the Galactic Starcruiseris an incredibly immersive and fun experience, we admit we had to pick our jaws up from the ground when we heard about the pricing.

Dinner and a show aboard the Galactic Starcruiser

So we’re looking at the price for 2 guests per cabin on the Galactic Starcruiser. That price is a whopping $ 4,809 for the whole voyage – which is just two nights.

And don’t get us wrong – you get a lot for that hefty price tag, but we can’t help but think what else we could spend our money on at Disney World that would equal that.

Imagine the amount of gourmet food you could eat with nearly $ 5,000! You could dine at Victoria & Albert’s at Disney’s Grand Floridian Resort and Spa every night of your trip (when it reopens, that is!), or switch it up, and pick some of Disney World’s other top-notch restaurants (and there are so many). 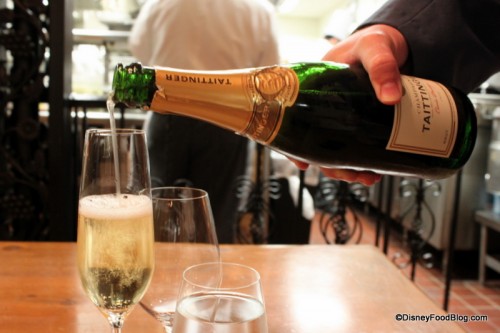 You could even eat at every single table service restaurant at EPCOT’s World Showcase, and possibly still have money left over. And that’s including buying alcoholic beverages with each meal.

Forget relying on Disney transportation, you could rent the nicest car available for the entirety of your trip. How about a convertible? Think about it – you could just put the top down and drive yourself and your family all over Disney World, and still not have to worry about paying for parking. Or if you prefer someone else to drive you everywhere, just order up an Uber or Lyft and you’ll still have enough left over to tip your drivers very well.

Read THIS Before You Rent a Car in Orlando

3. Stay at the Four Seasons

Sure, staying on Disney World property is nice, and with that kind of money, you could easily book a deluxe hotel and not even blink at the price. But why not stay somewhere even swankier? With that kind of $$$, we’d stay at the Four Seasons Orlando, Gaylord Palms, or Waldorf Astoria and LIVE IT UP. 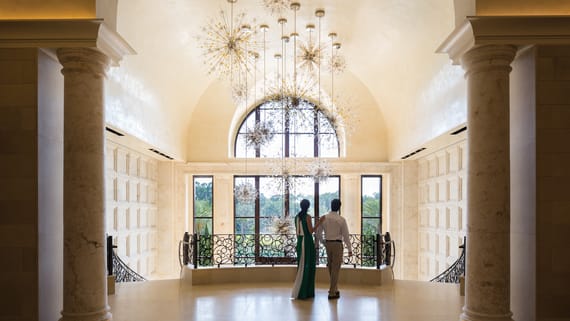 A stay here runs around $ 1,000 and up per night, but that still leaves you plenty of money for fancy food, cocktails and park tickets.

How Do Disney World Hotel Prices Compare to Off-Property Resorts?

Likewise, you could book a room at a value resort and stay at Disney World for almost a month! Or book a moderate and stay several weeks, or book a deluxe and tag on a few extra nights than you would normally stay. 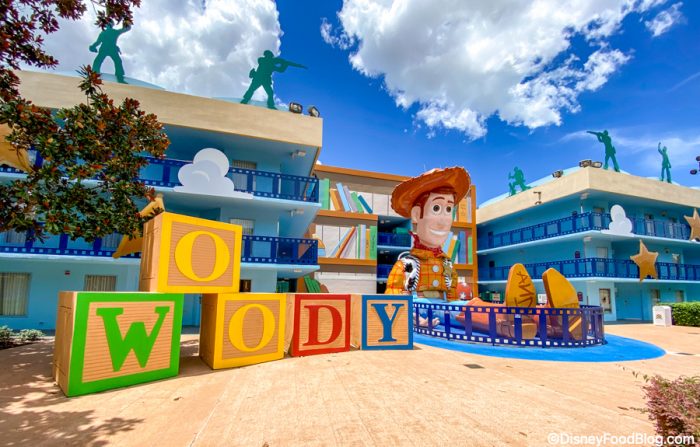 You could stay here for almost a month!

5. Book the Most Ridiculously Expensive Rooms at Disney World

Or you could plus-up your experience and book some of the most awesome and expensive rooms at Disney World, like The Polynesian Villa Bora Bora Bungalows at Disney’s Polynesian Village Hotel, which start at around $ 2,000 per night. But these rooms can sleep eight people, include private plunge pools, and have amazing views.

Or you could go for something more rustic like the Treehouse Villas at Disney’s Saratoga Springs Resort. Those start at around $ 1,000 per night, so you could spend around four nights there if you wanted. And there are so many other awesome rooms you could choose!

6. Go to Disney World AND Go On A Disney Cruise

If you’ve been wanting to go on a Disney Cruise but decided on Disney World instead – why not do both? With the kind of money you would spend on the Star Wars Hotel, you could easily do both and have a nice two week or longer vacation. How much fun would that be? 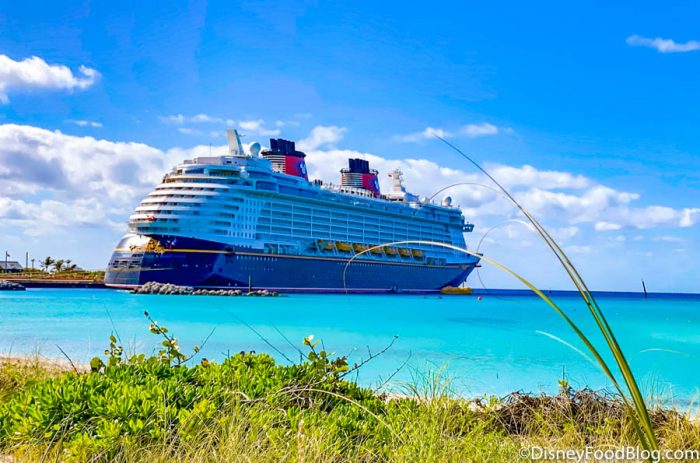 Go on a Disney Cruise AND to Disney World!

And you can book the entire trip through Disney for a vacation that’s as headache-free as possible.

We’ve all seen the Arribas Bros. Swarovski Crystal Cinderella Castle at Disney World. And we’ve all drooled over it multiple times. We’ve also nearly passed out thinking about the price tag because that baby is $ 40,000. Well, you could use your Star Wars Hotel funds to buy a tenth of it (or maybe make a down payment on it)? 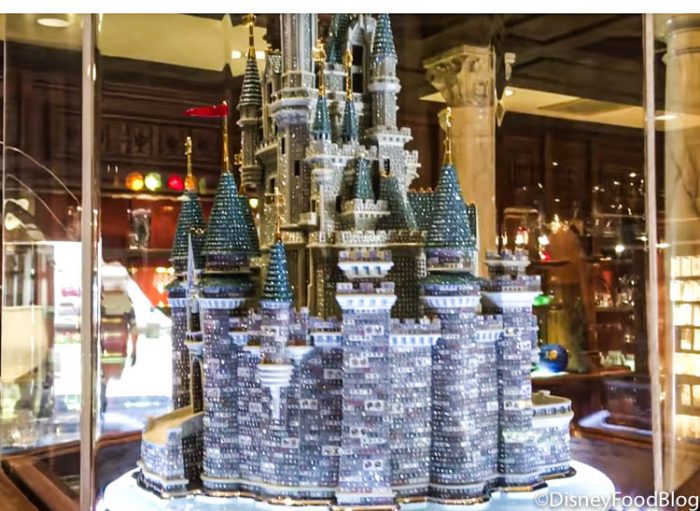 Can you imagine having that beauty in your home? We’re sure, if you’re like us, you’ve already imagined it.

PHOTOS: One of the Most Unexpected Souvenirs You Can Find in Disney World

8. Take Your ENTIRE Family to a Disney World After Hours Event

Well, technically – we did the math. If you went to the most expensive Mickey’s Not-So-Scary Halloween Party, you could bring 24 family members with you for that price.

9. Fill Your Closets With Disney Clothes and Accessories

You could start a huge collection of Disney spirit jerseys (you could buy 60!), The Dress Shop dresses (you could buy at least 35), or Loungefly bags (you could get around 70-80) and have a HUGE Disney wardrobe! 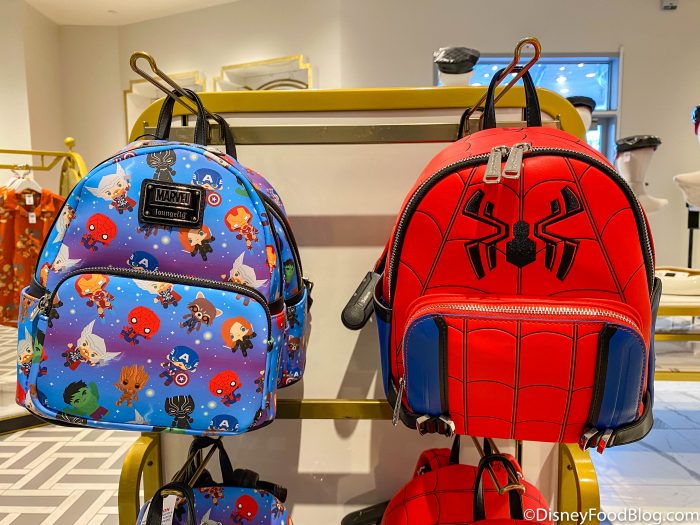 Think about how many Loungeflys you could buy…

Or if you collect pins or Disney collectible keys… well, you might need to build a new room or two onto your house to store them all! But you could collect Disney souvenirs to your heart’s desire! So doing the math, you could book 12 fireworks cruises for you and your family and friends!

NEWS: Fireworks Cruises are Back in Disney World!

Start your trip with luxury by booking first-class flights for you and your family to Disney World! Why sit in coach if you’ve got Star Wars Hotel kind of money, are we right?

If you’ve got the cash, live it up!

12. Take a Cruise on the Disney Wish

Just think, for the price of a 2-night stay at the Star Wars Hotel, you could go on a REAL cruise on the Disney Wish. And there’s even an amazing experience on the ship for Star Wars fans – the Hyperspace Lounge. Plus if you’re into Marvel, Disney Wish has an incredible interactive dining experience for that, too. 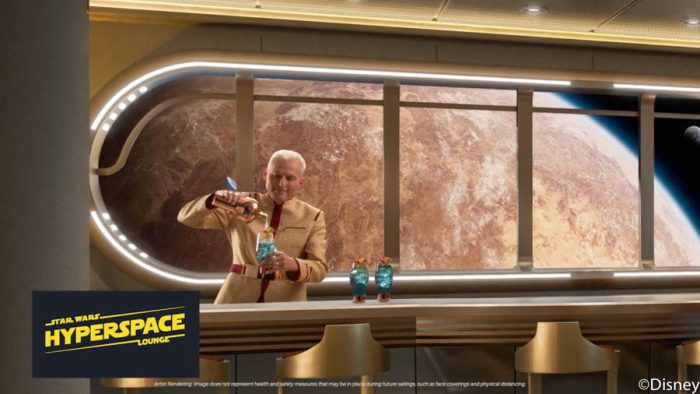 And here’s the kicker – you can get four nights on the Disney Wish for the same price as 2 nights on the Galactic Starcruiser (which is a simulated cruise).

FIRST LOOK at the View From Hyperspace Lounge Coming to the Disney Wish!

13. Get 20 Lightsabers from Savi’s Workshop

Another fun Star Wars activity you can do is treat yourself and 20 of your closest family and friends (or just yourself – we won’t judge) to 20 lightsabers from Savi’s Workshop at Star Wars: Galaxy’s Edge at Disney World. 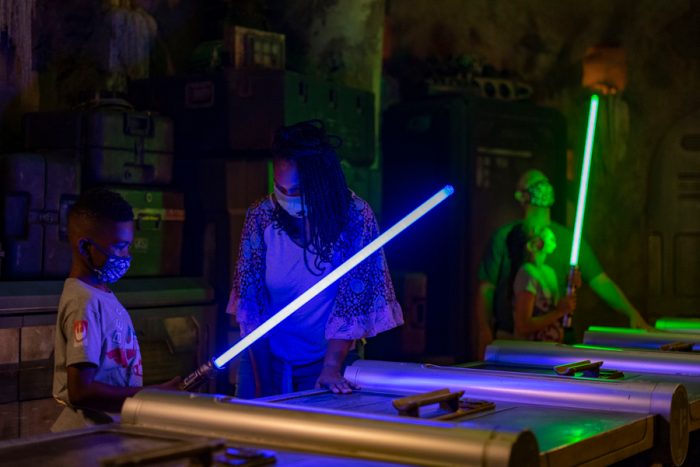 That’s right – you can have that interactive experience 21 times if you wanted and have your very own collection of unique lightsabers.

Skip the lines and get an up-close and personal visit to Disney World with a VIP tour. The Disney tour guides cost $ 425 to $ 850 per hour, with a minimum of 7 hours. But you get to walk onto all the rides you want during the tour, including Rise of the Resistance! 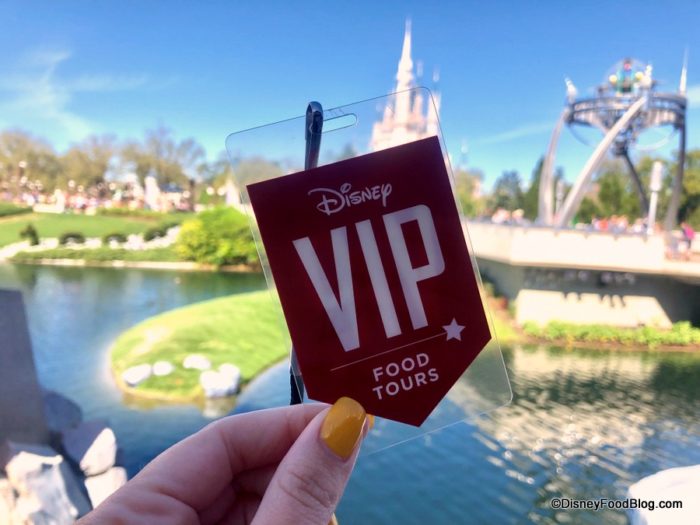 While the VIP tour (which includes up to 10 people) would cost more during the most expensive seasons, as long as rates are $ 680 per hour or less, you could treat your family and friends to this premium experience in the parks for the cost of the Galactic Starcruiser.

You could become a DVC Member for a year for the price of a stay at Galactic Starcruiser. DVC Membership starts at $ 436 per month (depending on the resort you choose as your home resort), and just think of all the fun Disney trips you can take with your deluxe accommodations included. 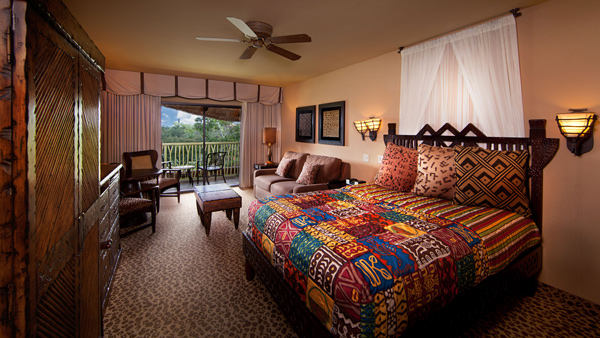 Being a DVC Member comes with other perks, too – discounted tickets to events, shopping discounts, dining discounts, member lounges, special activities, and more.

PHOTOS: Take a Look Inside the NEW DVC Tower Coming to Disneyland Hotel

So, if you’ve been looking at the price tag of the Star Wars Hotel and wondering what you could do with that kind of money, we hope we’ve given you some cool ideas (and again, this really is all in good fun ). We get that hardcore Star Wars fans are still going to want that two-night experience, and for them, $ 4,800 could be worth it. For many others, though, we can dream about the other things we could do at Disney World, too.

What do you think? Will you be staying at the Star Wars hotel? If not, what would you spend that money on at Disney World? Let us know in the comments!